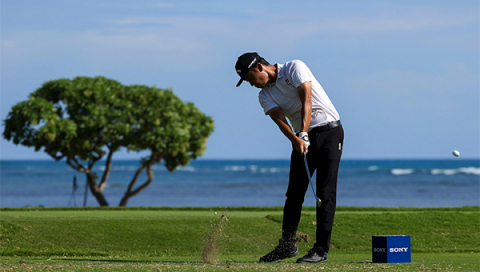 Sony Group Corporation (Sony) today announced that it has extended its sponsorship contract for the Sony Open in Hawaii with the PGA TOUR and Friends of Hawaii Charities, the tournament host, for another four years until 2026.

Sony has sponsored the Sony Open in Hawaii continuously since 1999. Every year, all proceeds from this event are channeled back into the local Hawaii community through partner Friends of Hawaii Charities, supporting children, women, the elderly, and the impoverished. Nearly $22 million has been donated to over 350 charities to date, making the tournament one of the largest charity sports event in Hawaii.

“Sony, the Friends of Hawaii Charities, and Charity Partner, The Harry and Jeanette Weinberg Foundation, have had a significant impact changing the lives of many.  Coupled with the loyal support of Waialae Country Club, Hawai‘i Tourism Authority, numerous business sponsors, and over 1500 volunteers, Sony has once again demonstrated visionary genius by aligning peerless technology, the best golf pros from Japan and the PGA TOUR, with the alluring beauty of Hawaii for the global television audience, all while honoring its commitment to help thousands of islanders in need. The Sony Open in Hawaii is a treasure to the people of Hawaii and beyond,” said Corbett A.K. Kalama, President, Friends of Hawaii Charities, charity host of the tournament.

Additionally, to support the efforts of both professional and amateur golfers in Japan, Sony will be granting two of the title sponsor’s exemption spots to the Japan Golf Association (JGA) and the Japan Golf Tour Association (JGTO) in a program entitled the “Sony Open Challenge”, beginning in 2022.

“The Sony Open in Hawaii, which we started as a way to show our gratitude to Hawaii, is now approaching its 24th year, and I am glad we are able to extend our sponsorship through 2026. While continuing to support the Hawaiian community, starting next year we have decided to also support golfers playing in Japan. In collaboration with JGA and JGTO, we will back up their challenge to compete on a global level by offering exemption spots. With the world still facing difficulties today, I have never felt such a stronger bond with the PGA TOUR and Friends of Hawaii Charities. I wish to continue supporting the people of Hawaii, and the young golfers’ bright future” said Hiroshi Kawano, Executive Vice President, Corporate Executive of Sony Group Corporation.

Jay Monahan, PGA TOUR commissioner, remarked, “One of our longest-tenured partners dating back to 1999, Sony has had a tremendous impact in building the Sony Open in Hawaii into what it is today – a favorite among our players and fans – while making an indelible charitable impact throughout the Hawaiian Islands. We appreciate Sony’s friendship and thank them for their loyalty in extending their partnership an additional four years.”