2021 Sony Open in Hawaii Ready for the First Round! 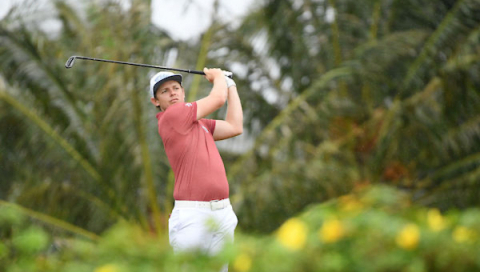 Twenty-nine of the 42 players who competed at Maui's Sentry Tournament of Champions (including STOC champ Harris English) are scheduled to tee it up in the First Round of the 2021 Sony Open in Hawaii tomorrow.  See First Round groupings and tee times here.

One of those 29 includes defending champion Cameron Smith, whose 2020 title was his second PGA TOUR win, but after recording scores of 67-67-68-69 at the Masters Tournament to finish T2 and becoming the first player in tournament history to card four scores in the 60s in one year, he continues to climb the ranks of TOUR elite.  He met (virtually) with media yesterday to talk about how Waialae reminds him of home and growing a mullet hairstyle during quarantine last year.

This year’s tournament marks the 23rd year of Sony’s sponsorship, tied for the third-longest title sponsor on the PGA TOUR with John Deere behind AT&T and Honda. Waialae Country Club is the third-longest running host venue (non-Major) behind Colonial Country Club (1946) and Pebble Beach Golf Links (1947).  The Sony Open in Hawaii is the TOUR's first full field event of the calendar year.  The 144 players teeing it up at Waialae Country Club this week will be competing for a share of the $6.6 million purse with the winner taking home a check for $1.188 million.

Cameron Smith starts out at 7:50 am Thursday with Carlos Ortiz and Sungjae Ortiz from Tee #10.  The tournament rounds will be broadcast live on Golf Channel from 2:00-5:30pm Thursday through Saturday and 1:00-5pm on Sunday.