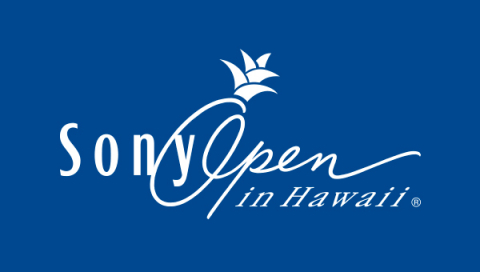 Ho'omaika'i to our 2020 Sony Open in Hawaii champion Cameron Smith!  The Australian was the last man standing Sunday after a rare week of wind and rain at the Sony Open in Hawaii.  Smith birdied the last hole of regulation to catch Brendan Steele, then parred the first playoff hole as darkness overtook Waialae Country Club.  First prize was $1,188,000 as Smith, 26, pushed his PGA TOUR earnings over $10 million.

Steele went into the Sunday's final round with a three-shot advantage over Smith. Steele closed with a 71 — the only golfer in the Top 20 over par Sunday — but still held the lead until the final hole of regulation.  A bogey on the 17th cut his advantage to one over Smith, Webb Simpson (67—270) and Ryan Palmer (68—271) going into the 18th. Smith made the most of it, sinking an eight-foot birdie putt to force the playoff — the sixth in 13 events this season, and third in a row.  Smith and Steele finished regulation at 11-under 269.

The first full-field event of the new year, the Sony Open is the largest charity golf event in Hawaii and has raised over $19 million dollars for over 350 local not-for-profits since 1999. The 2020 tournament will mark the 22nd anniversary of Sony's title sponsorship of the event.  In 2018, the PGA TOUR and Sony announced the extension of their partnership by another four years, through 2022, tying it for the third-longest tenured title sponsor on the TOUR.  Tournament host Friends of Hawaii Charities distributes $1 million in charitable grants each year from proceeds raised at the Sony Open, thanks primarily to the significant, long-time charity partnership of The Harry and Jeanette Weinberg Foundation, which matches funds raised at tournament dollar-for-dollar.